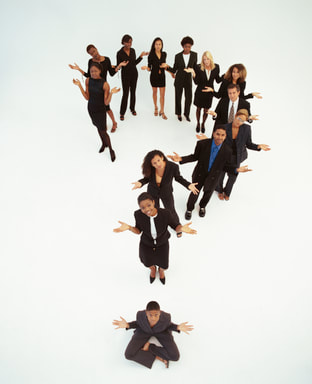 Q: What is the point of the World Game?
A: The Point of the World Game, from a spiritual and religious sense, is to open up to the perspective that the infinite and the mystery of life are not only there to contemplate but to strive toward and become acquainted with them.  It is to be open to and understand that there is a lot to this reality that we don't know.  The point is to accomplish the 17 UN Global Goals.  As Buckminister Fuller said, "The World Game will make the world work, for 100% of humanity, in the shortest possible time, through spontaneous cooperation, without ecological offense or the disadvantage of anyone.”
​
Q. How to play?
A. Imagine the kind of world you would like to live in.  Then tell that dream to others and take the lawful actions to make your dream come true while working with others on their dreams.
Look for a business that supports a good cause, like ending poverty or cleaning the oceans, and if their quality is good and pricing competitive then buy their product.  This would be playing.  Telling others your story is playing.  Hugging is always playing.

Q: What are anchors of the game?
A: When we play the game, it is vital that we have anchors.  The anchors, by design, evolve at a much slower pace than the peoples on planet Earth.  Anchors are things like Government offices, police departments, military, and educational institutions.  They have many constituents, stakeholders to consider, and it takes time for those people lagging behind to catch up.  They are there to make sure the majority is on board.  In other words, while the people are out playing in freedom, the anchors are there to provide stability to the platform that Buckminister "Bucky" Fuller called Spaceship Earth.

Q: What advantages does the world game have?
A: The world game is only for a period of 13 years.  It doesn't stay around for hundreds of years like religions and philosophies.  Once it is over on December 10th, 2030, it's over, but that's not to say that a new and improved version of the game can be played and valuable life lessons learned from the old games.

In Democracies, Players of the game work closely with governments and the majority of people.  If the majority wants a change then players work for that knowing it could take several years to make changes with government.  Marijuana is a good example of that.  In the United States at this time, January 2019,  Marijuana is legalized for recreational use in 8 states and in Washington D.C.   In the 42 states it is not legalized for recreational use, Marijuana users are not expected to go protesting or pounding on the doors of the state legislature demanding change tomorrow.  There is a process for this and it usually takes time which means it requires patience. Once Massachusetts voters voted in the use of recreational weed, it took two and a half years before the first recreational shops opened up.   Governments are not Amazon Prime.  Governments have taken on many important responsibilities and are serving a constantly evolving country while working with all the other 200+ evolving countries.

Q. How many World Games will there be?
A. There will be 12 world games, each game lasting 6 months, running from June 10th to December 10th starting in 2018 and finishing December 10th 2030.

Q. Who started the idea of the world game?
A. The original world game was first conceived by Buckminister Fuller.  Mr. Fuller is quoted saying, "The World Game will make the world work, for 100% of humanity, in the shortest possible time, through spontaneous cooperation, without ecological offense or the disadvantage of anyone.” The concept of the world game was picked up by Geniusu.com and its founder, Roger Hamilton, using the UN 17 Global Goals as basis to carry the game forward.

Q. Are there any rules to the World Game?
A. Yes. There are three rules:
1. Have fun.  This will lead you to peace.
2. Follow the Golden Rule. This will help to bring you peace.
3. Follow the rules/laws of the country you are in.  This will help you to preserve the peace in your family, neighborhood, city, state, country, and world.

What The Master Story Tellers  Provide:

"The experience of Feeling Alive"
Until December 10, 2030, themasterstorytellers.com and GeniusU.com will provide you with the opportunity of the experience of feeling alive.  All you have to do start telling and living a different story.