What does Prince's Purple Rain have to do with a group of geniuses in Las Vegas? 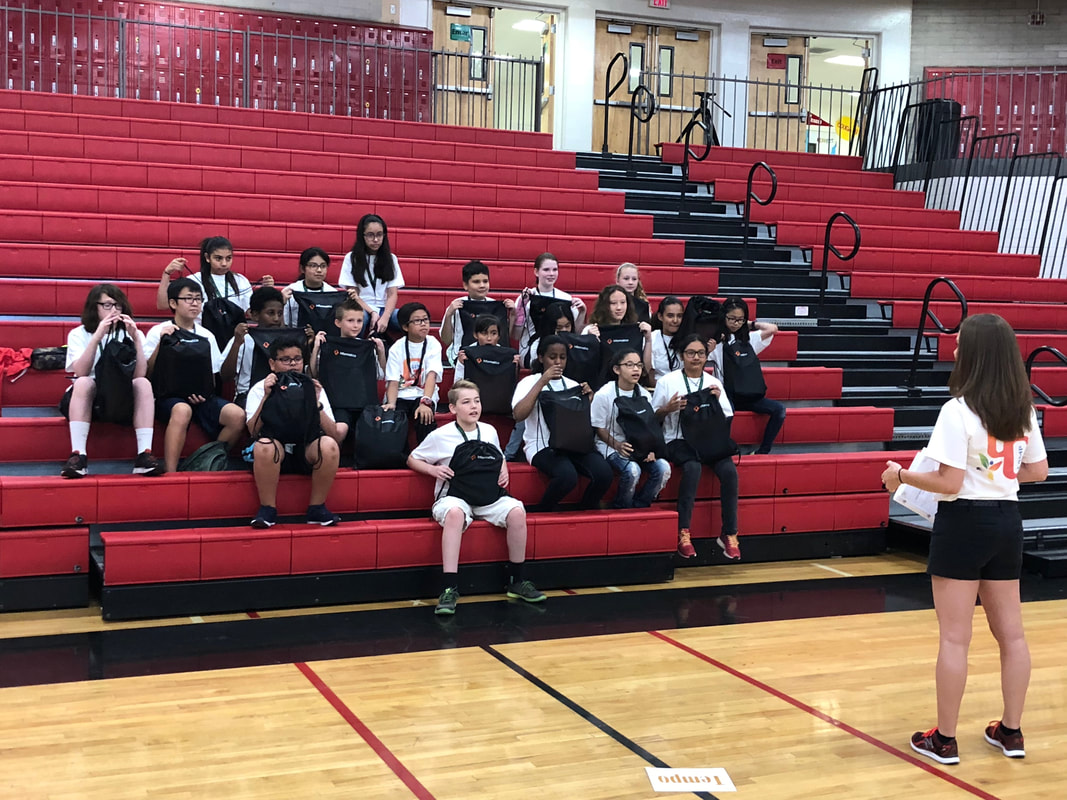 Once upon a time, in May of 2019, Pops and Kma were invited to a Genius Camp by Heroine Sandi Herrera.  Sandi believed that every child is a genius.  Pops, as a school principal, wanted to check the program out and see first hand the impact it had on students.  Informatica and Zappos believed in the concept of Core Values and thus provided sponsorships for the 20+ students. 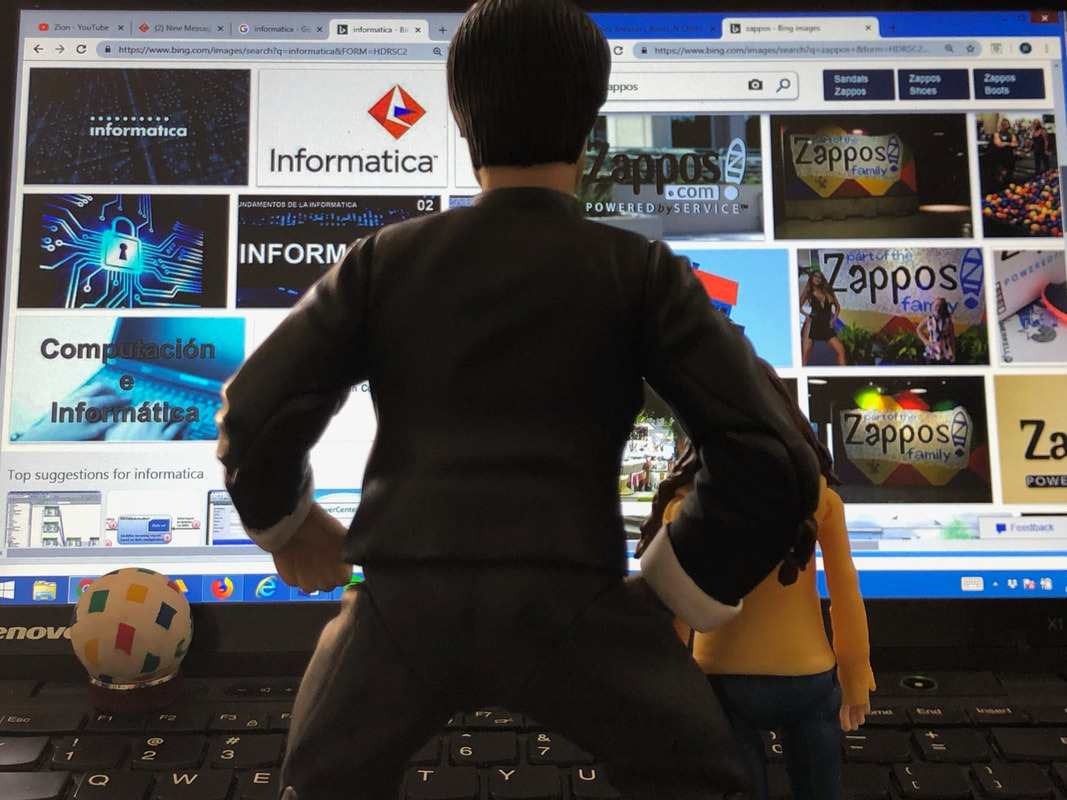 Without the help of Informatica and Zappos, this enrichment experience would not have been possible.  Pops was sold on the curriculum that Sandi had to offer.  It was something he wished he could bring to his school, but he knew that he could not find the time to include it with the regular rigorous curriculum.  It was perfect for an after-school class or weekend retreat.
Pops & Kma appreciated Sandi for the incredible learning experience these 20+ geniuses were given and so, she became their hero.ine  They know that all heroes have heroes and they asked Sandi, "Who are your heroes?"  She gave them three names.  One of them was Tony Hsieh.  At the retreat,  the students were given an example of the Core Values of Zappos.  Pops snapped a picture 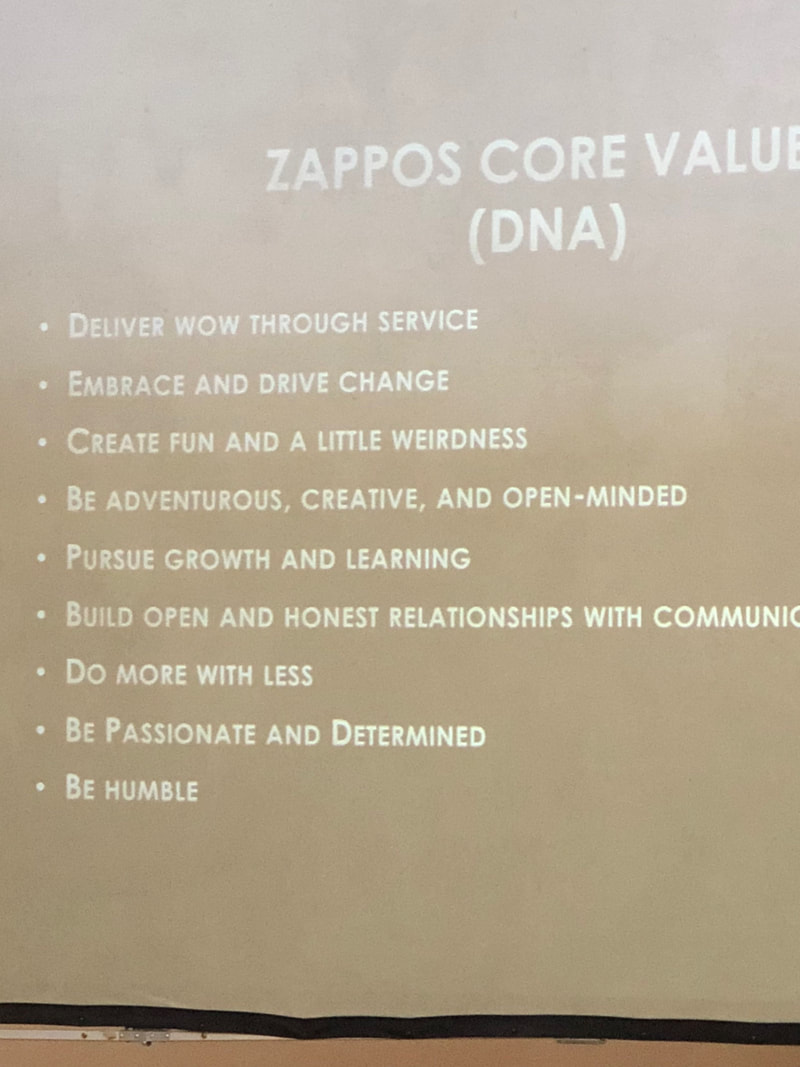 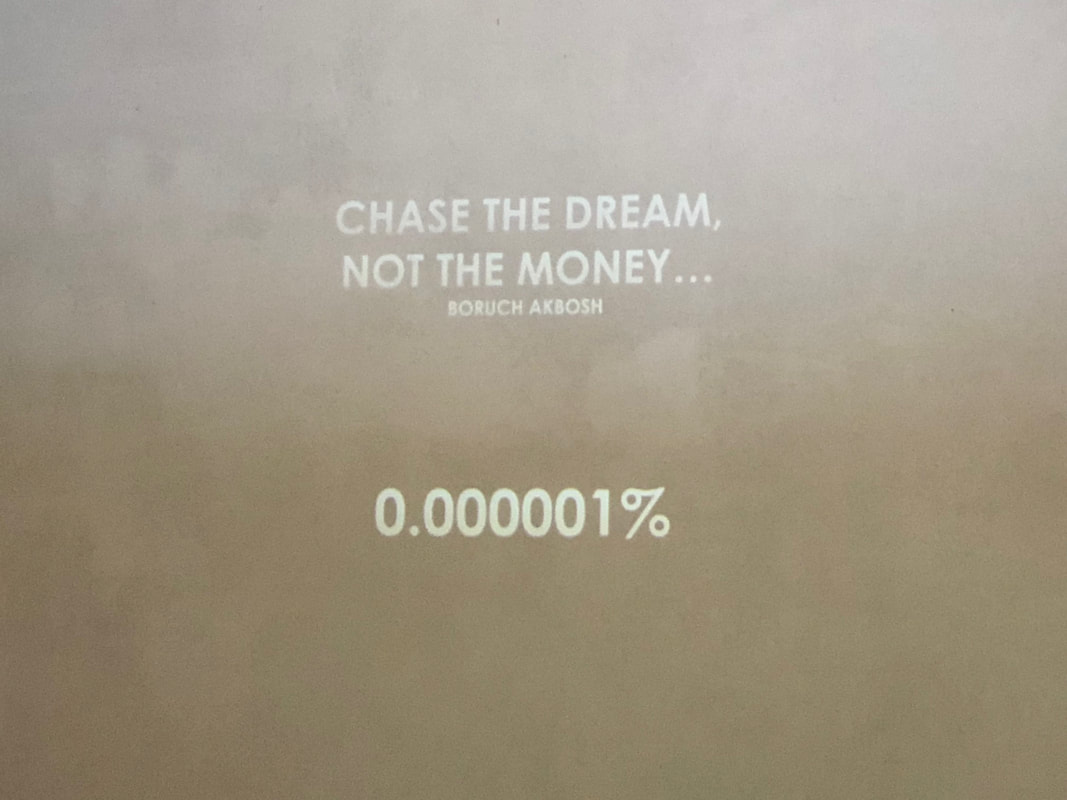 There was another quote the geniuses were exposed to.  Pops liked it and so snapped another picture.
Warning: Explicit language.    Sandi said a second heroine is Brene Brown.   Pops and Kma had watched her on Netflix and were also impressed.
The third hero of Sandi is Roger Hamilton, who believes that all people have a genius locked within.  He created GeniusU to provide tools for individuals to discover their own genius, most of which are free on GeniusU.com. 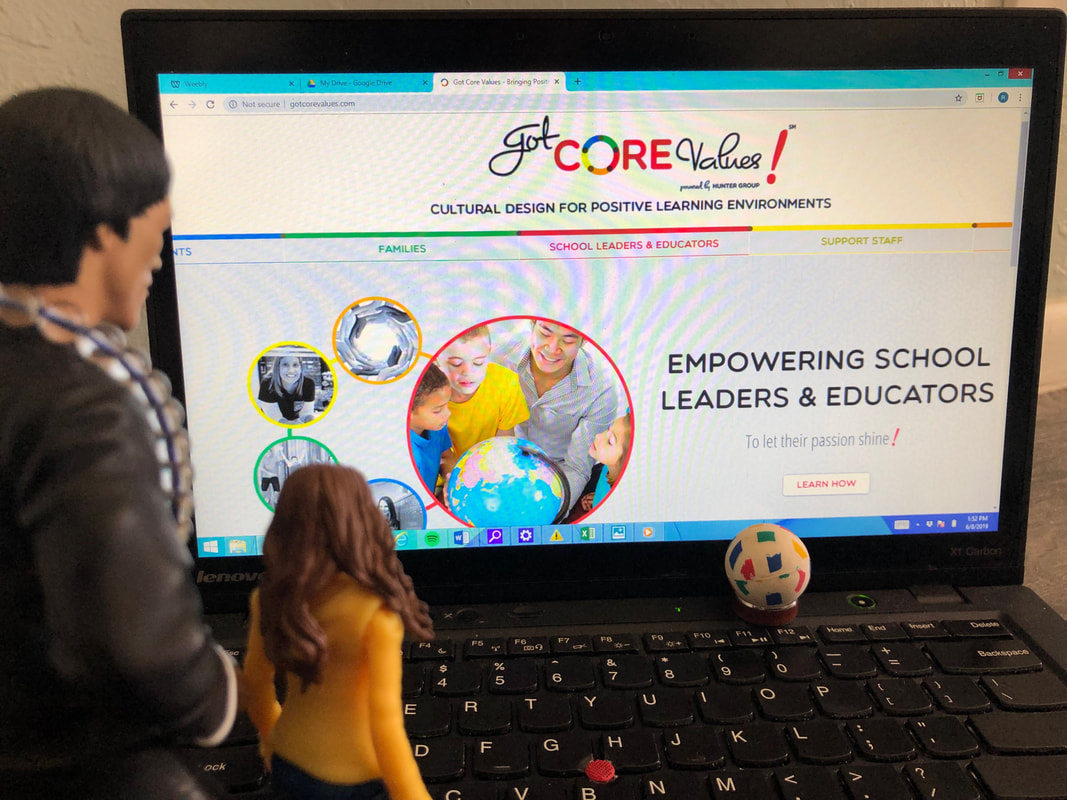 Because heroes like these, Sandi was inspired to create Core Values to provide families and schools the ability to learn about their own genius and celebrate their unique identities. 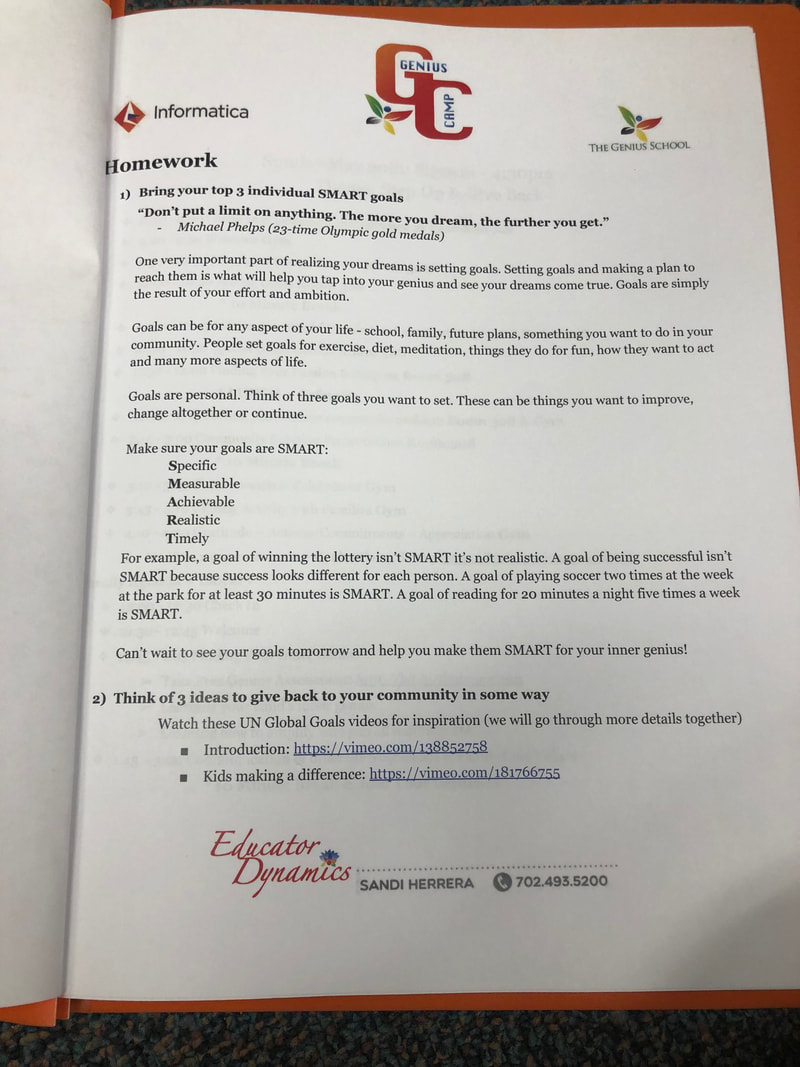 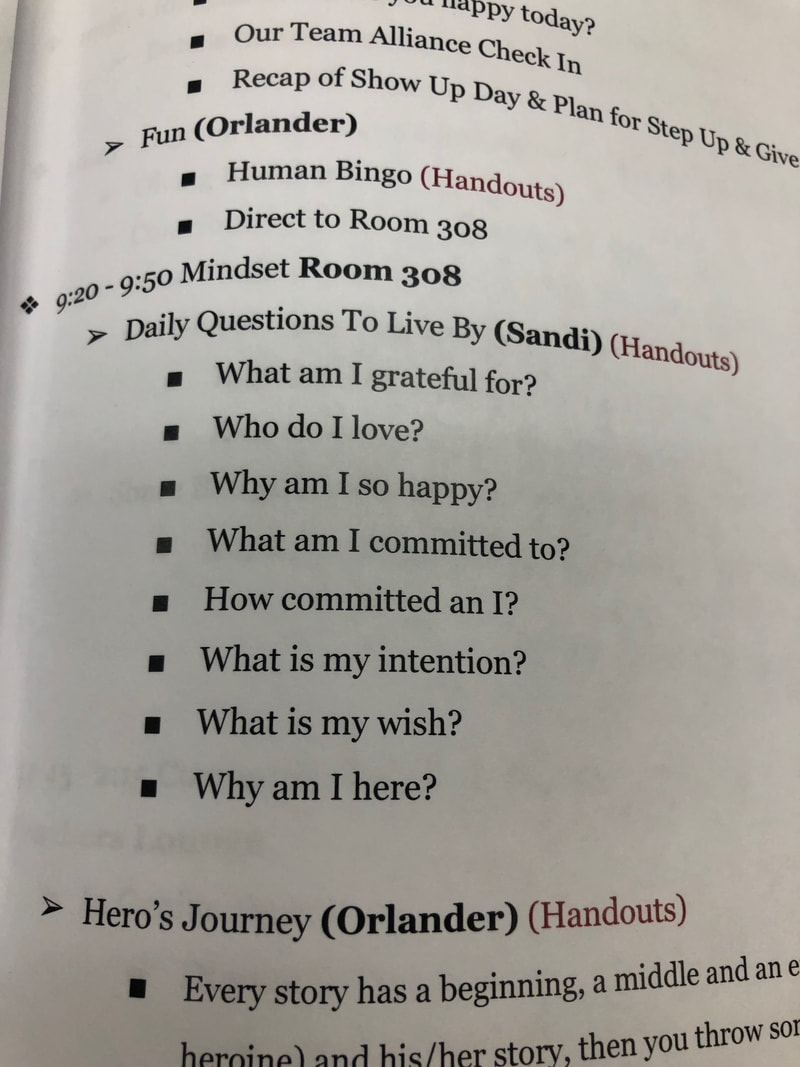 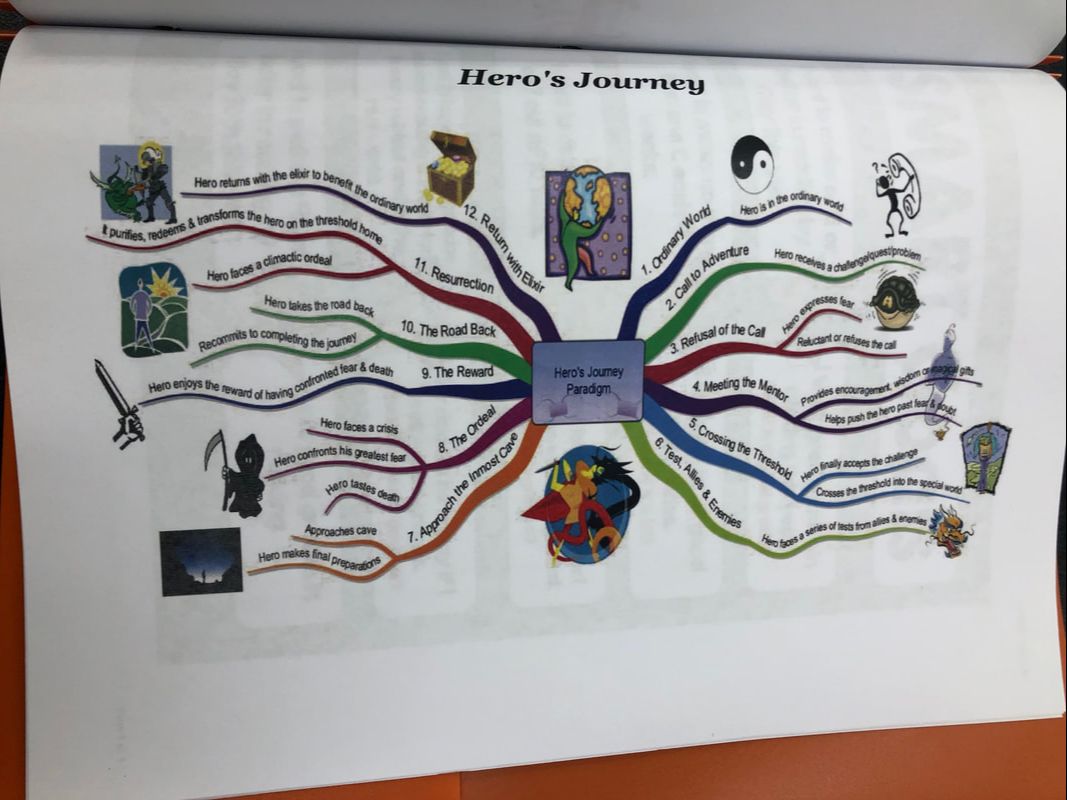 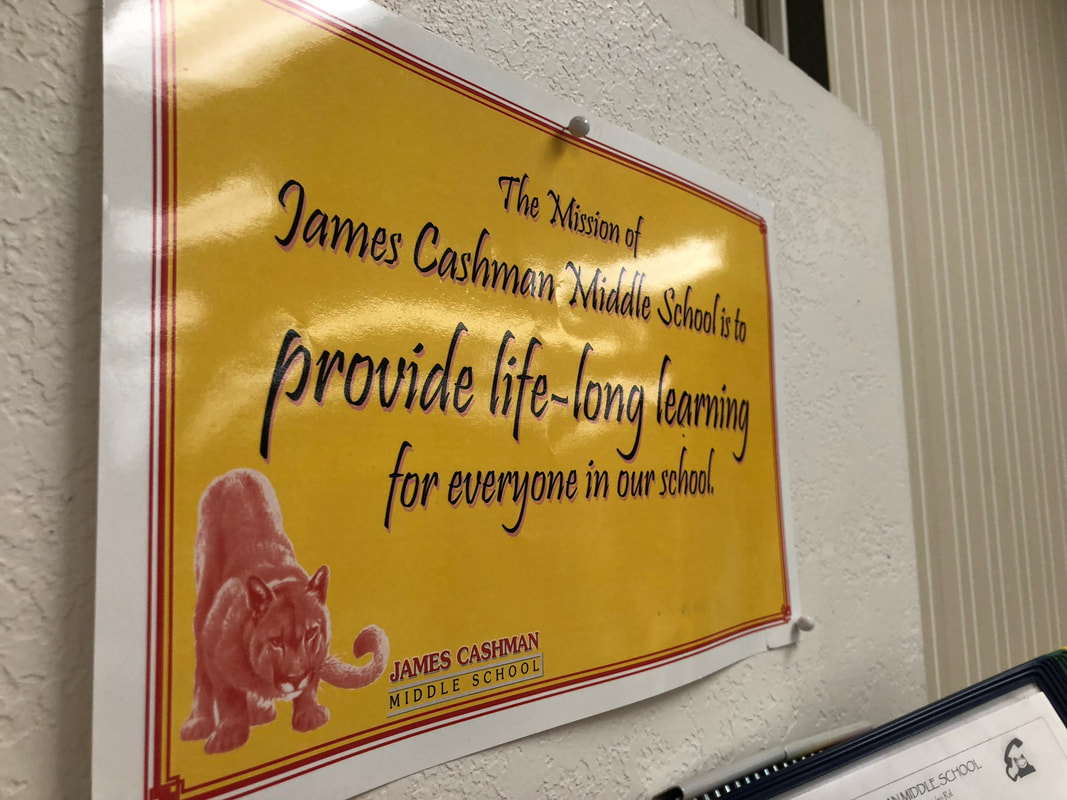 As Pops wandered the empty weekend halls of Cashman Middle school, he admired the big teacher's lounge, gym, and cafeteria.  It was something he wished for the families at his school.  He had created a link to what he had envisioned.  It was a dream that was still kept alive on the school's website at
http://www.medinaacademy.org/2025.html.  He told his teachers that one day, when the Global Goals become popular, he would throw them a big banquet for all their hard work on letting all the scientists of their classrooms figure out a way to clean the oceans.  They were happy to work with 4Ocean.com to create a win-win for all. 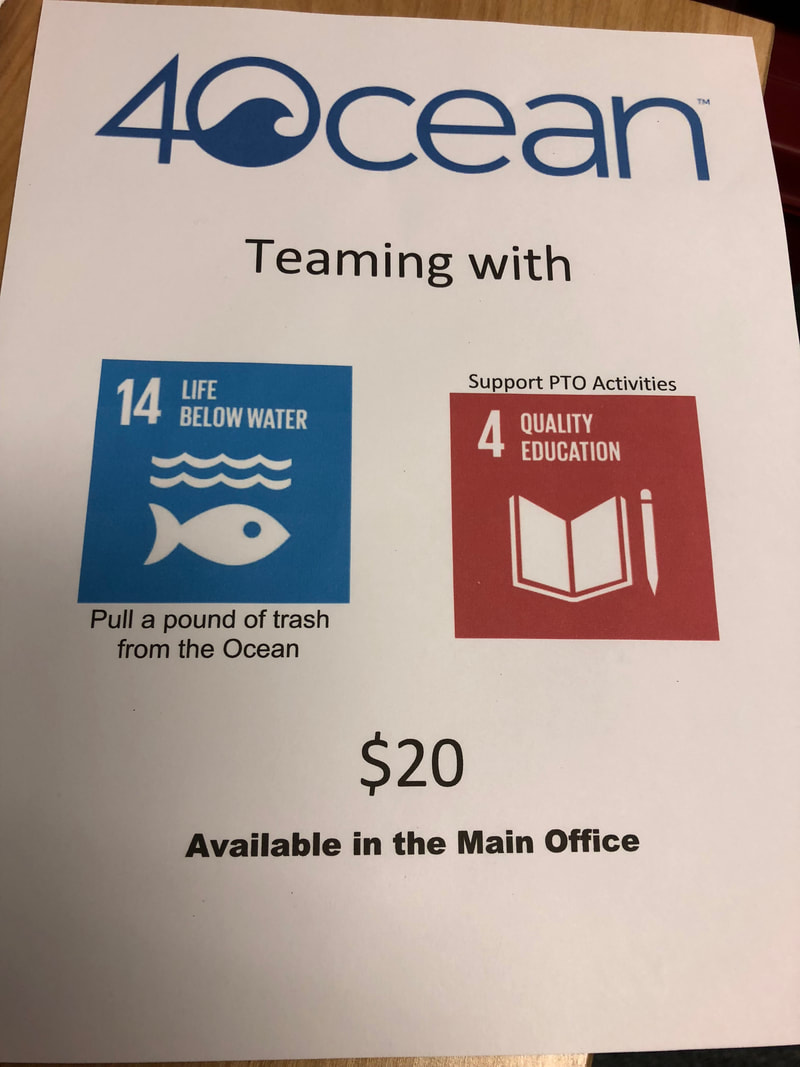 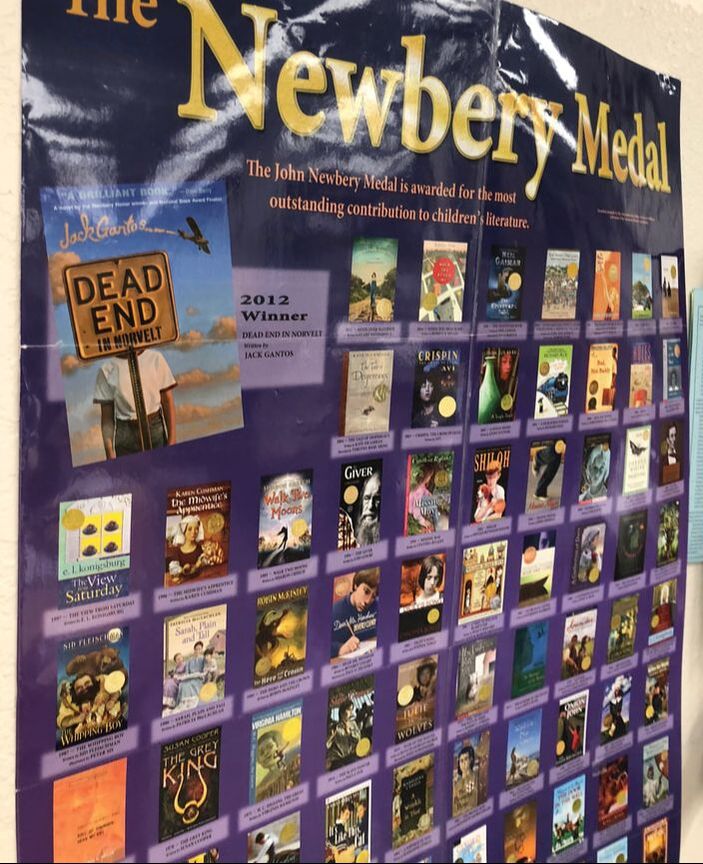 As the students were working with their parents at end of the day, discovering the one of the eight personality types of their children, Pops wandered into the library and wished their school could have one like that.  He looked on the walls and found many posters for inspiration of a world that was working for Peace. 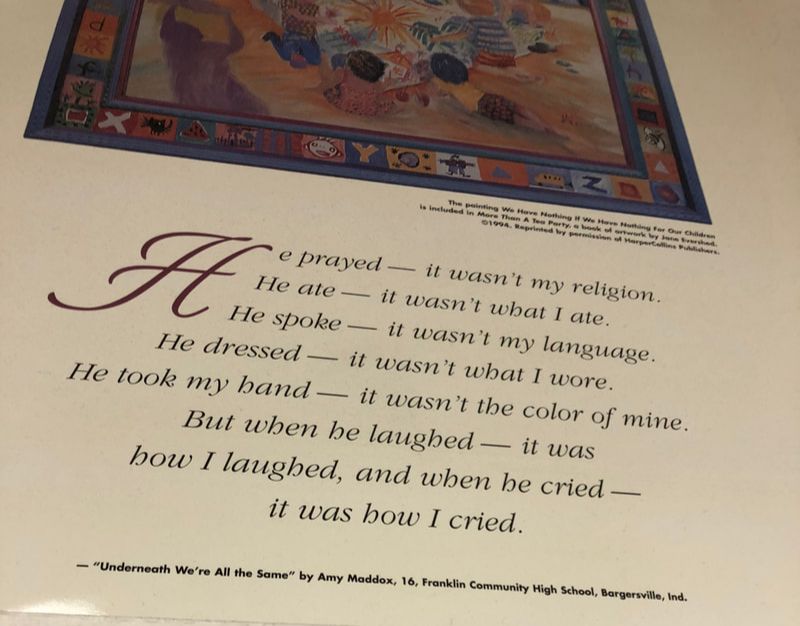 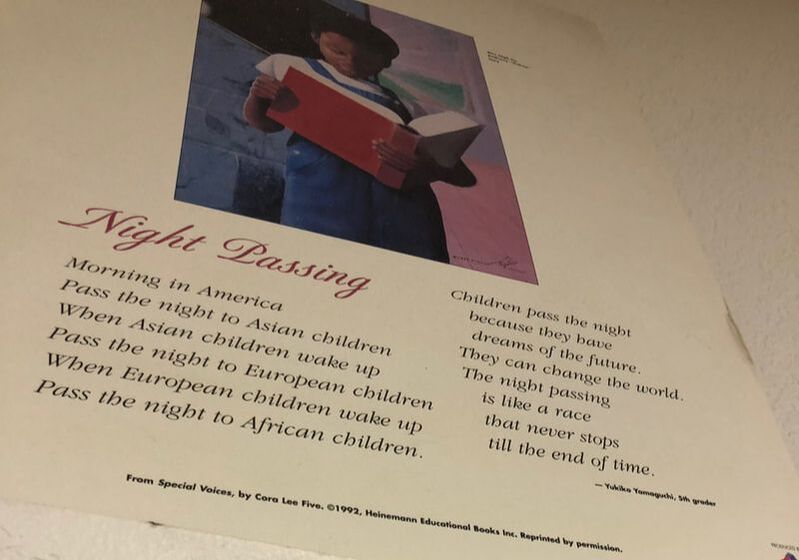 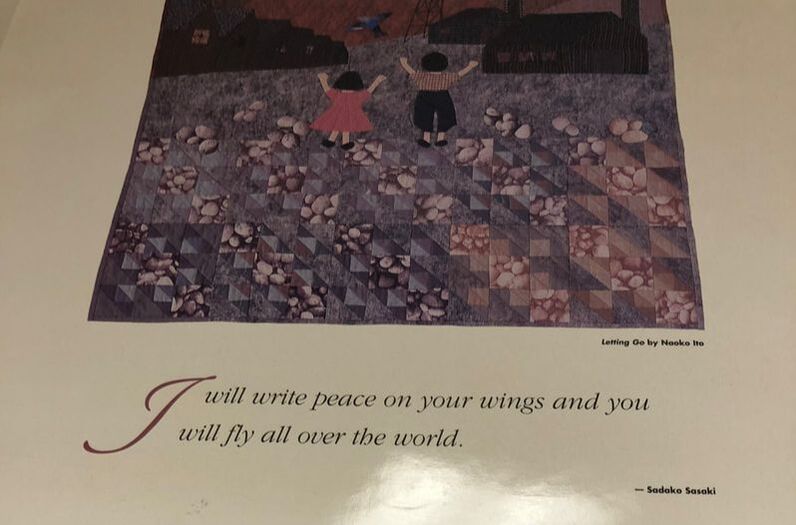 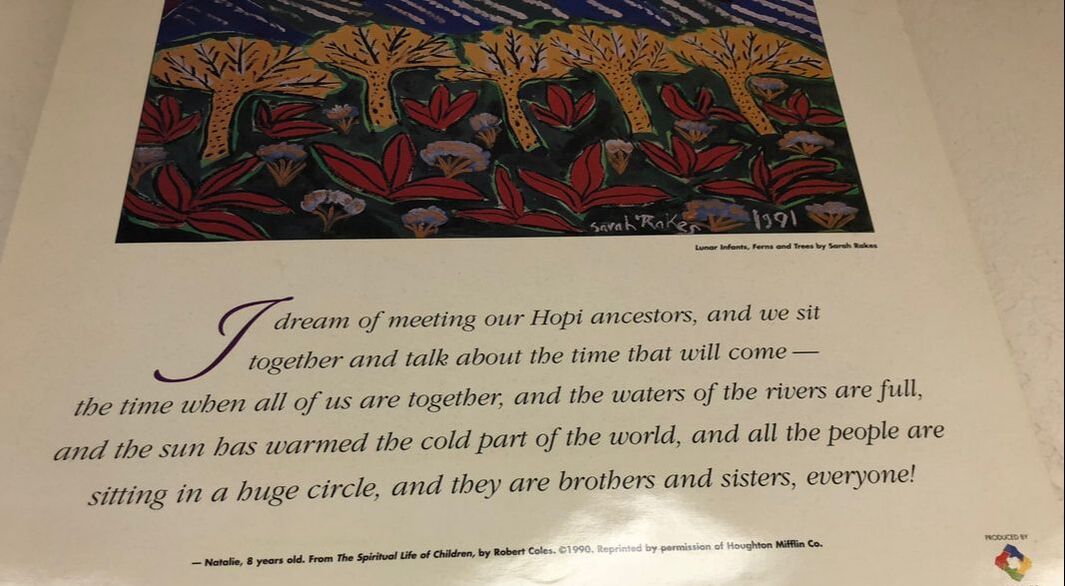 As Pops got to the end of his Day 2 entry, he realized there were still more heroes that he wanted to include, but if everything worked out as anticipated, he wouldn't be able to write about them for 180 days, so he thought he would give a preview as he imagined they would all play a fun part in the ascension. 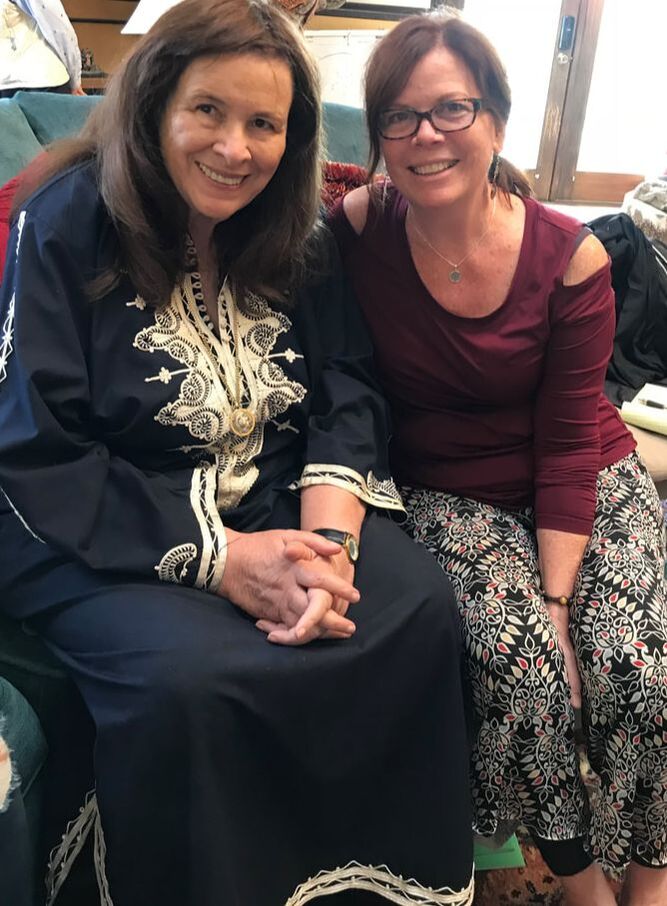 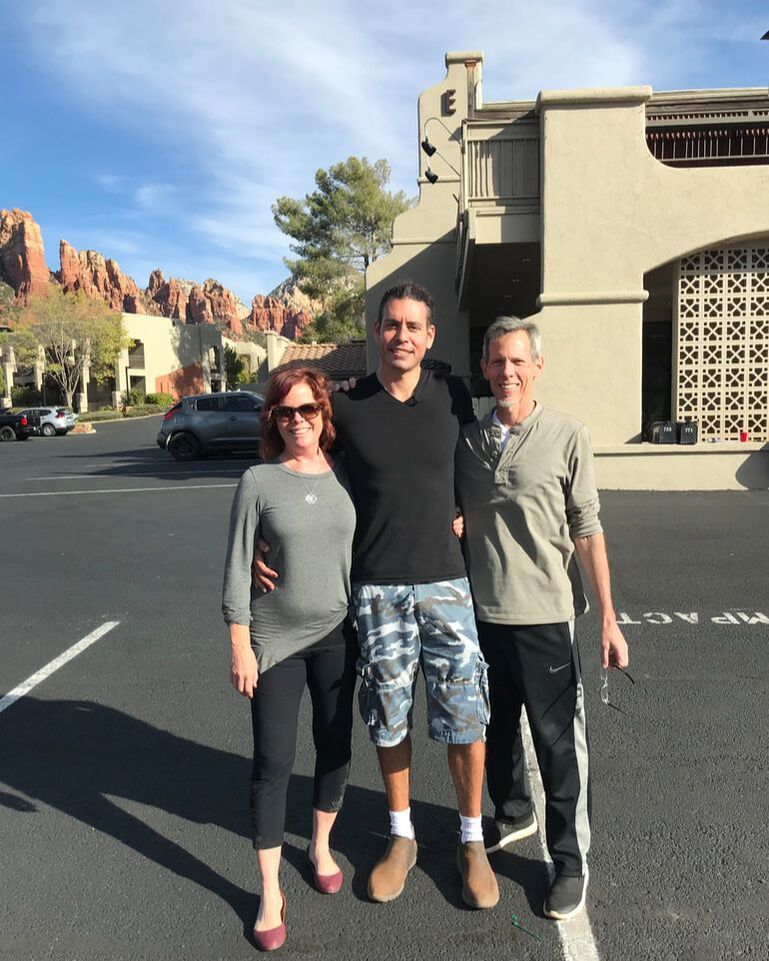 There was their mentor Ray Maor who helped them detoxify their bodies and showed them they could easily live for 4 days and nights without any food or water. 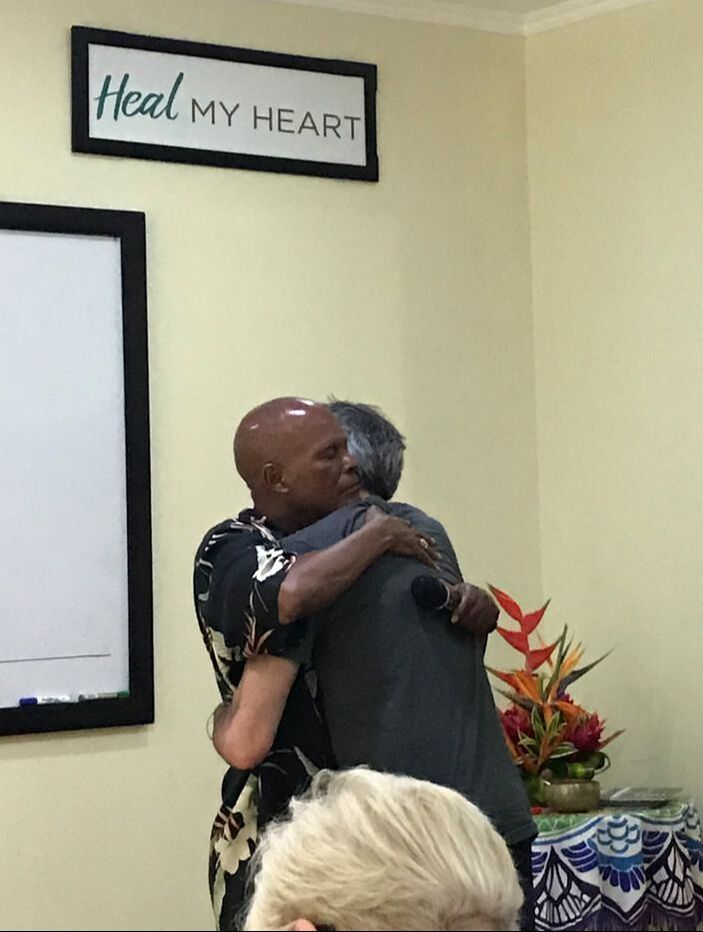 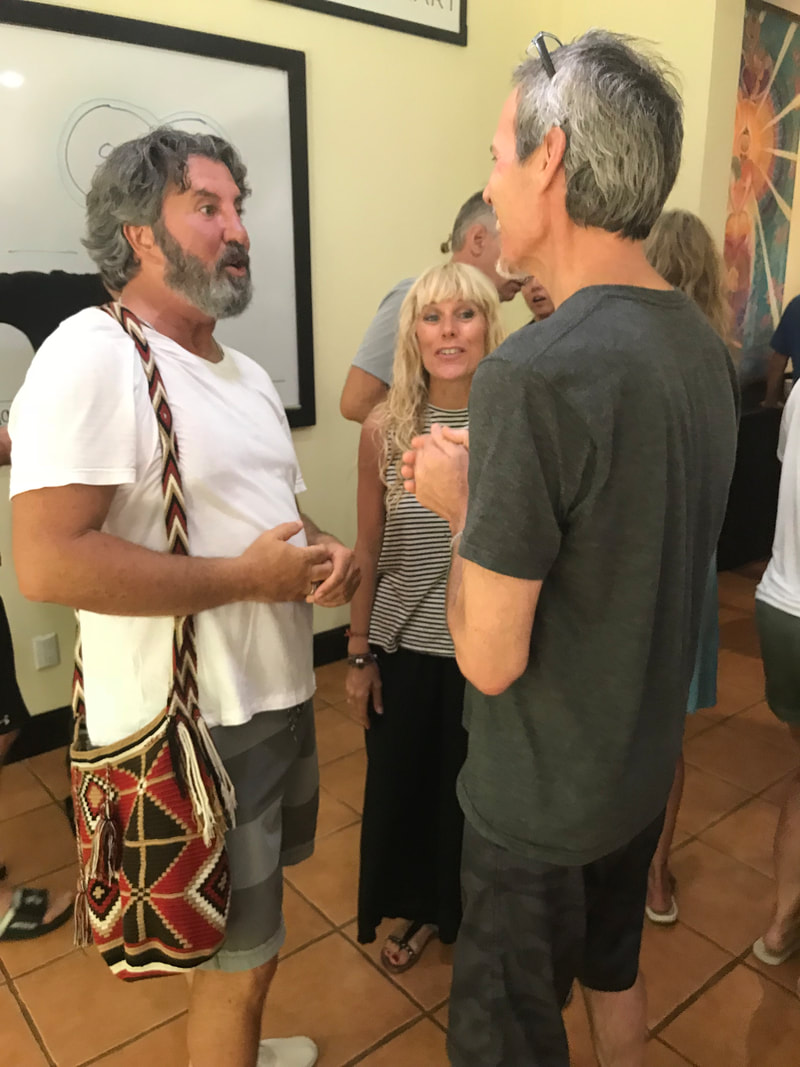 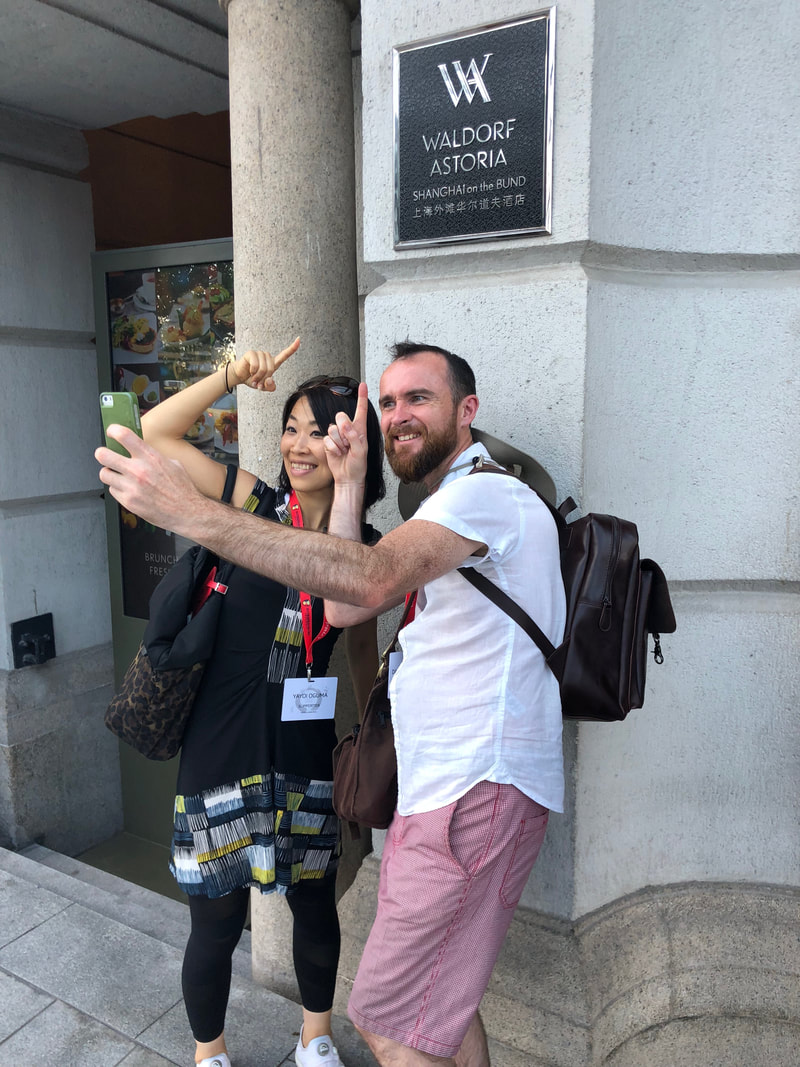 There were so many Geniuses they had met from GeniusU like Yayoi, Daniel, and Nicola Grace 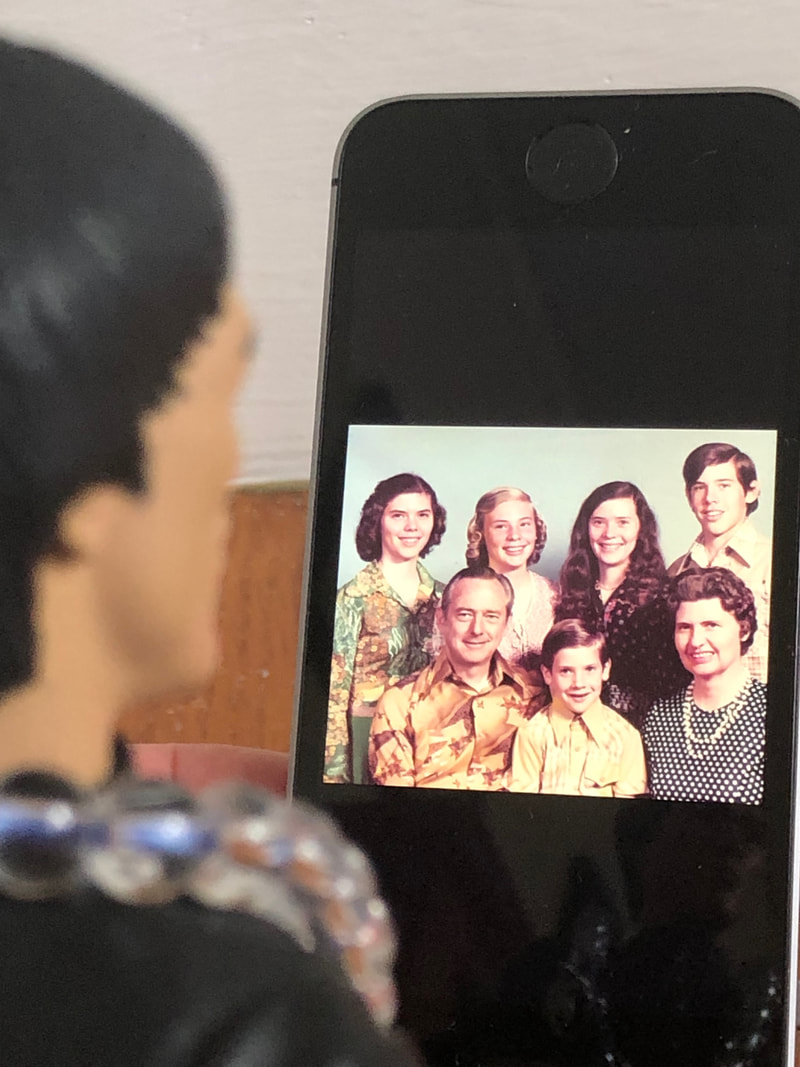 There was his mother, father, sisters, and brother 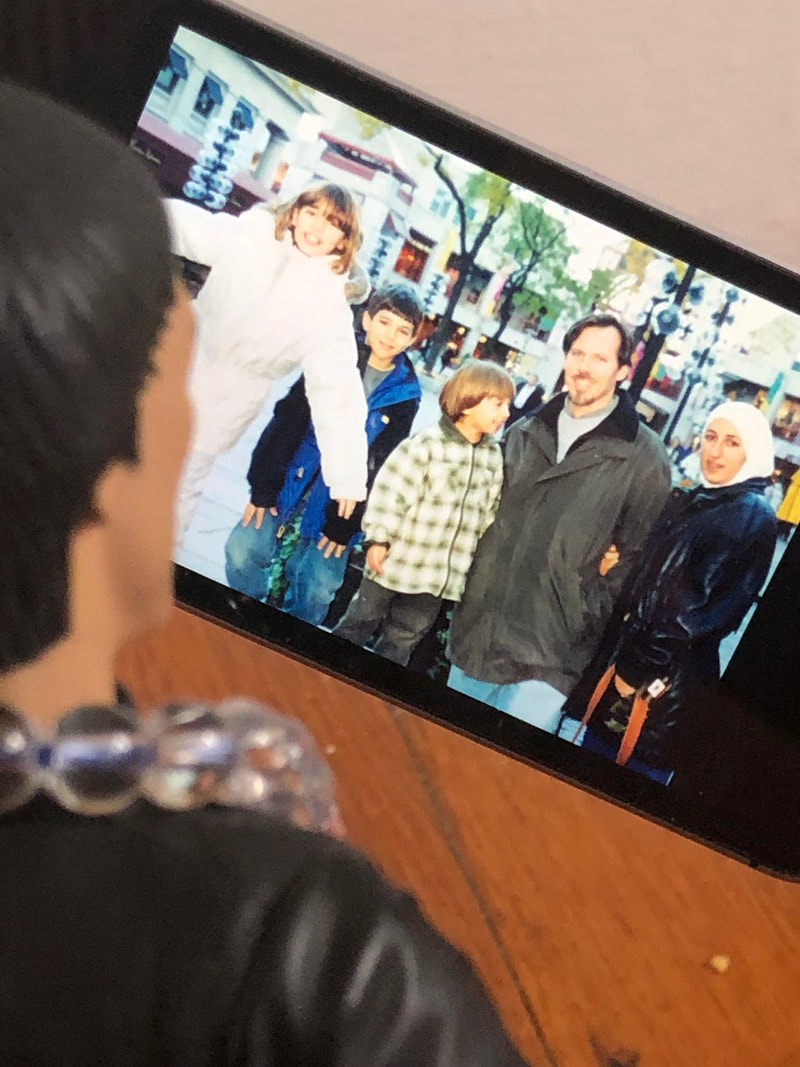 There was his children and their mother, all of who he never meant to cause any sorrow or pain but only wanted to see everybody laughing in the Purple Rain